I would like to add photos of other BSA Bantam restorations to this page.  So if you are a "Bantamite" please e-mail one photo of your restoration (complete or in progress) with a short description of the model, year, your location and any other information to mailto:[email protected] and I will include it here. Christo from South Africa has taken on the restoration of a "basket case" and the following photo shows progress to date of his BSA Bantam 1965 D7. Lewys from South Wales has this 1966 BSA Bantam D7 which is a non runner.  Looks in good condition though! Ade sent me the following photo of his 1963 Bantam D7 Super.  Originally Registered in on the 10th April 1963 and finished in Blue (now in his preferred colour Black)  He bought it as boxes of bits for £200 in April 2007 and was his first restoration project, up and running April this year.  He said "Many problems during the restore, learnt a lot, cursed a lot, spent a lot".  I know what he means and think he has done a great job. Rienzie from Sri Lanka owns this BSA D3 bantam manufactured in 1953.This bike is fully reconditioned & running perfectly.  It always amazes me how many Bantams are still on the road and where.  Bantams in black and white livery look great in my opinion. Ajie from Indonesia sent me a photo of his reastored BSA which looks like an early D7. Michael a 16 year old collage student from Scotland sent me a photo of his 1964 BSA Bantam D7.  The restoration has been underway for a year and this is what the D7 looks like now. Troy Star from South Australia sent the following and says that the Bantam "lives" inside. Francisco Padilha from Portugal says "I include my modest contribution by adding a picture of a recent D14/4,one of the latest :( , . Now waiting is a D3 Major dating from 55 (?)" I live in Hampshire in UK. The bike was bought new by my Dad on 7th October 1949 (I have the buff logbook) from JH Raynes and Co. Ltd Station Garage Mansfield Road Alfreton in Derbyshire UK.
He used it for work every day (6 days a week in those days). He and my Mum went on holidays to Wales and Devon on it, distances of hundreds of miles. They would decide to go to Skegness in Lincolnshire for a Sunday treat, 100 miles each way from where they lived!!
When I came along, Dad had a Frances Barnet on order but the order was reluctantly cancelled and a sidecar purchased instead. I have no photos unfortunately of the Bantam with its sidecar but it must have been rather slow. They still did trips to Skegness, but Dad relates how the backwheel spokes were so overloaded that they began to fail one after the other after he drove over a level crossing!
As time moved on the Bantam was set to one side for me for when I became 16  and I rode it for 2 years until I left home and bought my first car. My brother Andrew then had the Bantam when he was 16 until he too bought his first car.
The Bantam was left in Dad's garage then for about 36 years gradually rusting away until I brought her down to Hampshire last year and began the restoration. It has been a labour of love and very therapeutic. 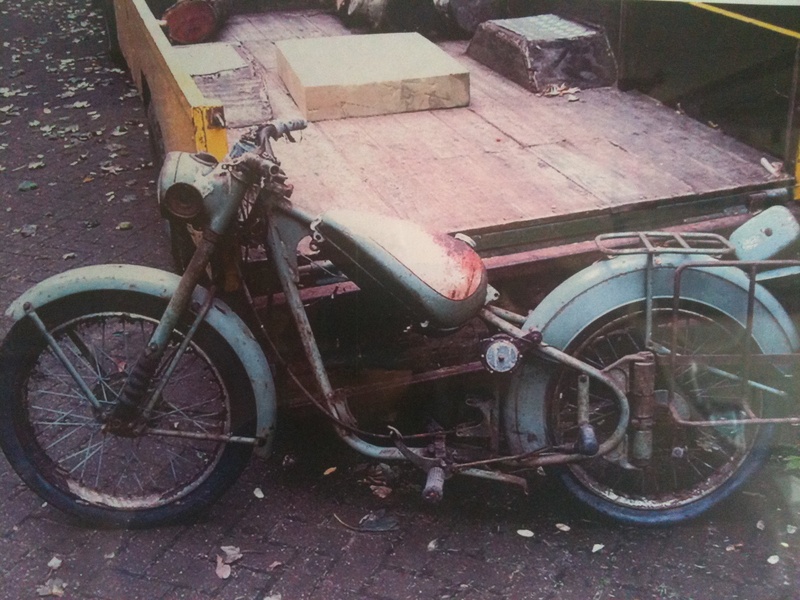